In the quest for better battery life, smartphones have become big and bulky. While some people are fine with this trade-off for better battery life, others still like having choices. If you are among the latter, Vivo now has an option for you in the form of the Vivo V20. With a strong focus on design, Vivo claims to have shrunk internal components and used a high-density battery to shave off a few millimeters. This has resulted in the V20 measuring just 7.38mm in thickness. Has this focus on design caused Vivo to cut corners elsewhere? I put the Vivo V20 through all our usual tests to find out.

Vivo’s focus on design with this phone is quite evident. The Vivo V20 is eye-catching and will appeal to those who value design. It is slim and has rounded corners making it comfortable to hold. You get a 6.44-inch AMOLED display with a 20:9 aspect ratio and full-HD+ resolution. It has thin borders which add to the overall aesthetics. Vivo has gone with a dewdrop notch on the V20, which is a little surprising because the Vivo V17 (Review) and the Vivo V19 (Review) both sport hole-punch displays. You do get an in-display fingerprint scanner just like with the older models.

Pick the V20 up and you will notice that the frame is made out of plastic. The power and volume buttons are well positioned and offer good feedback. To distinguish the power button easily, Vivo has given it a texture. You get a 3.5mm headphone jack at the bottom along with a USB Type-C port and a loudspeaker. The Vivo V20 weighs 171g and is 7.38mm in thickness. It’s available in three colour variants: Moonlight Sonata, Midnight Jazz, and Sunset Melody. I had the Sunset Melody version, which has a colourful gradient finish, for this review. This particular variant is 1g heavier and measures 7.48mm in thickness. The back panel has been made out of glass and has a matte finish which helps keep fingerprints off the device. However, I found the Vivo V20 to be a bit slippery so I had to reluctantly put the included plastic case on to keep the device safe from accidental drops.

The camera module on the Vivo V20 is very similar to the one on the more expensive Vivo X50. The stepped design gives it a premium look. Vivo has packed in a 4,000mAh battery which is small compared to the one in the Vivo V19. You also get a 33W FlashCharge charger bundled in the box for quick charging.

The specifications of the Vivo V20 are quite modest. You have a Qualcomm Snapdragon 720G SoC running the show here, coupled with 8GB of RAM. This is not the most powerful processor that you’ll find in the market in this price segment, but with 8GB of RAM, performance should not be an issue. There are two storage variants on offer, the base variant with 128GB of storage priced at Rs. 24,990, and the higher one with 256GB of storage which costs Rs. 27,990. I had the latter for this review.

The Vivo V20 is among the very few phones to run Android 11 out of the box as of now. It is running Vivo’s custom FunTouch OS 11 on top of Google’s operating system. The V20 was running the September security patch which is fairly recent. I found the UI easy to use and did not face any issues. This phone does come with some bloatware preinstalled, such as Facebook and V-Appstore, an alternative to the Google Play Store. 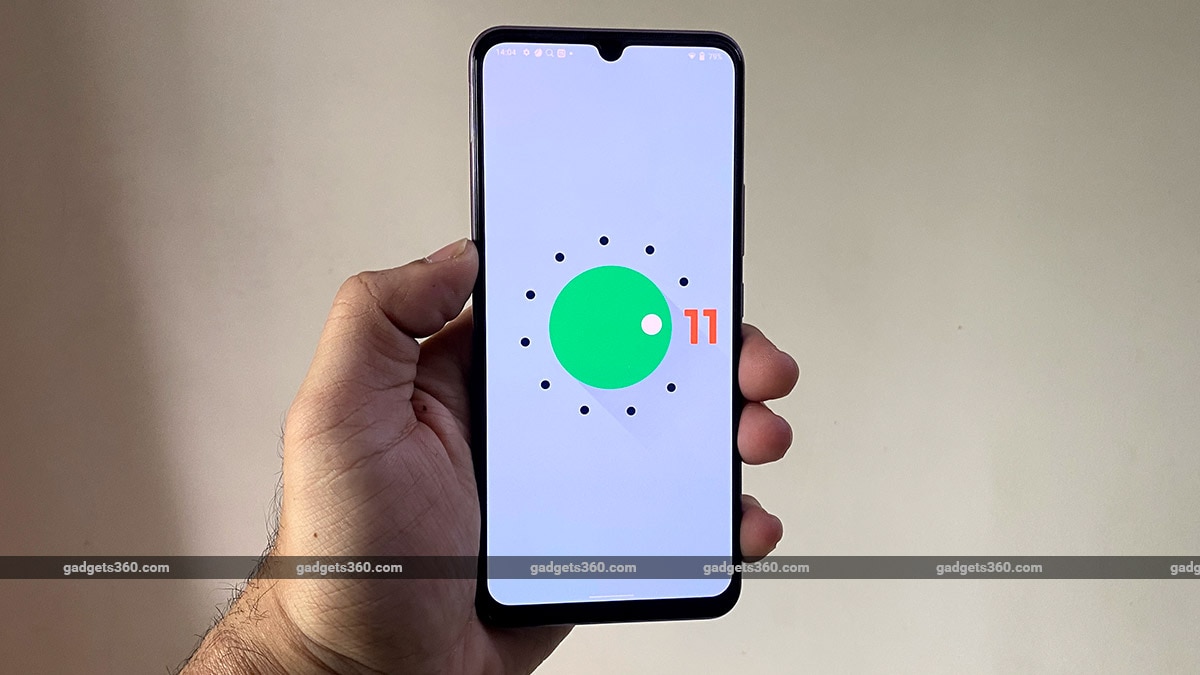 You get three navigation buttons by default but you can switch to gesture-based navigation. You can also change various animations in the UI. The V20 lockscreen pulls different images from the Internet by default. You can shortlist categories or even disable this entirely if required. I did not encounter any spammy notifications during the review period.

The Vivo V20 has a crisp AMOLED display that’s very good for watching videos on. Viewing angles are good, and the panel gets bright enough when outdoors. It isn’t a high-refresh-rate panel though. You can tweak the colour mode of the display and even set the colour temperature based on your preference. I could game and multitask quite easily with the Vivo V20 without any lag or stutter. The in-display fingerprint scanner as well as face recognition were quick to unlock the V20.

The V20 managed to surprise me with its benchmark scores. In AnTuTu it returned 2,82,525 points which is higher than what the Samsung Galaxy M51 (Review) managed. In PCMark’s Work 2.0 test, the Vivo V20 returned 7,497 points. The V20 also managed 27fps and 60fps in GFXBench’s Manhattan 3.1 and T-Rex benchmarks respectively. 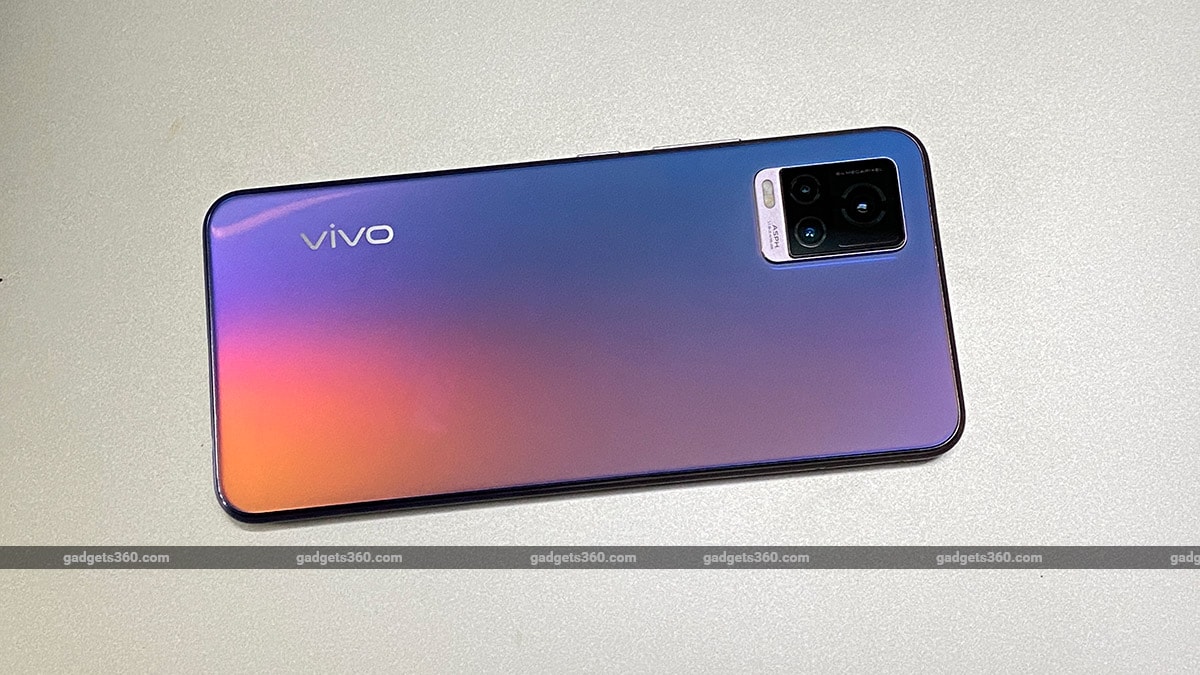 Vivo V20 is powered by the Qualcomm Snapdragon 720G SoC

Gaming performance was decent, and the Vivo V20 ran Call of Duty at Medium graphics quality at the High frame rate by default. I then bumped the graphics quality up to High and played the game for 20 minutes, which resulted in a 5 percent battery level drop. The phone was slightly warm to the touch after gaming, but not to an alarming degree. Casual games such as Among Us ran fine without any issues.

I got good battery life from the Vivo V20. It went on for over a day on a single charge. In our HD video loop test, the smartphone lasted 14 hours and 39 minutes which is lower than many of the other smartphones available at this price point. Charging is quick with the supplied 33W FlashCharge charger. It could take the V20 to 55 percent in 30 minutes and 98 percent in an hour.

Vivo has used a triple camera setup on the rear of the V20, with a 64-megapixel primary camera, an 8-megapixel wide-angle camera also capable of macro photography, and a 2-megapixel mono camera. This phone also has a 44-megapixel selfie shooter with Eye Autofocus. The camera app is very simple to use and the different shooting modes are well laid out. In the photo mode you can tap on the lens icon to take a super-wide-angle, bokeh, or macro shot. The AI is very quick to detect subjects and the scene. 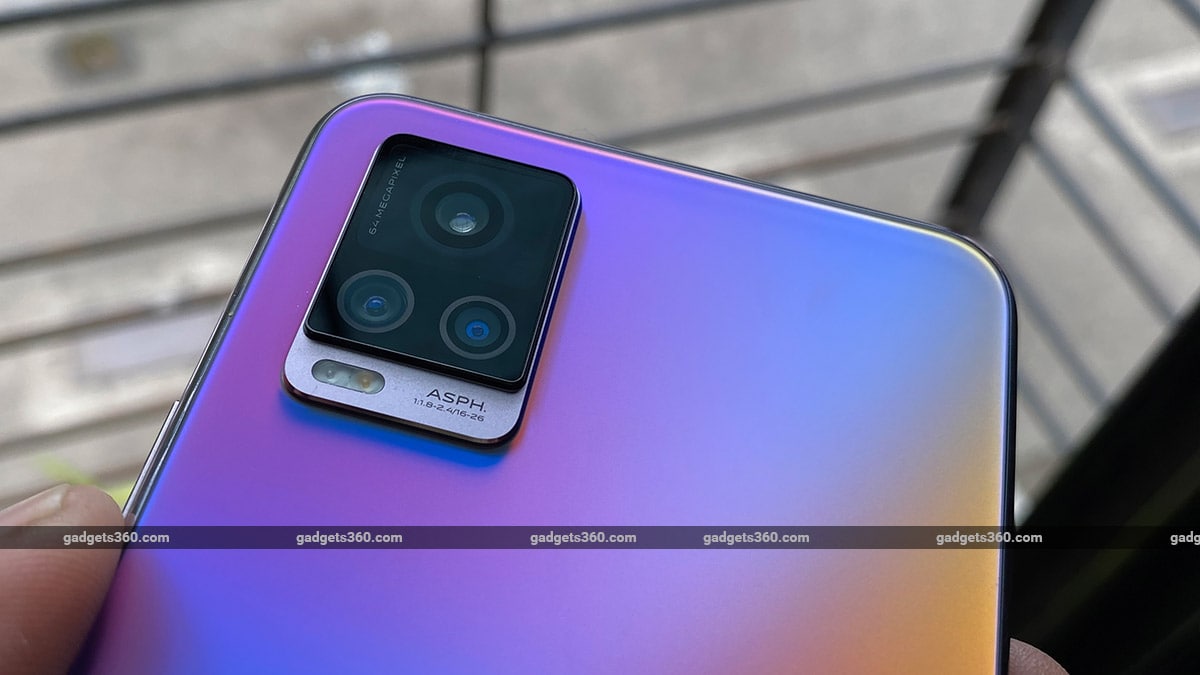 The triple camera setup on the V20 is quite versatile

Photos shot in a bright sunny conditions turned out well. The V20 could still manage good details in these shots with accurate colours. The wide-angle camera also managed decent quality, but the output wasn’t as sharp as that of the primary camera and the lack of detail was evident on zooming in. 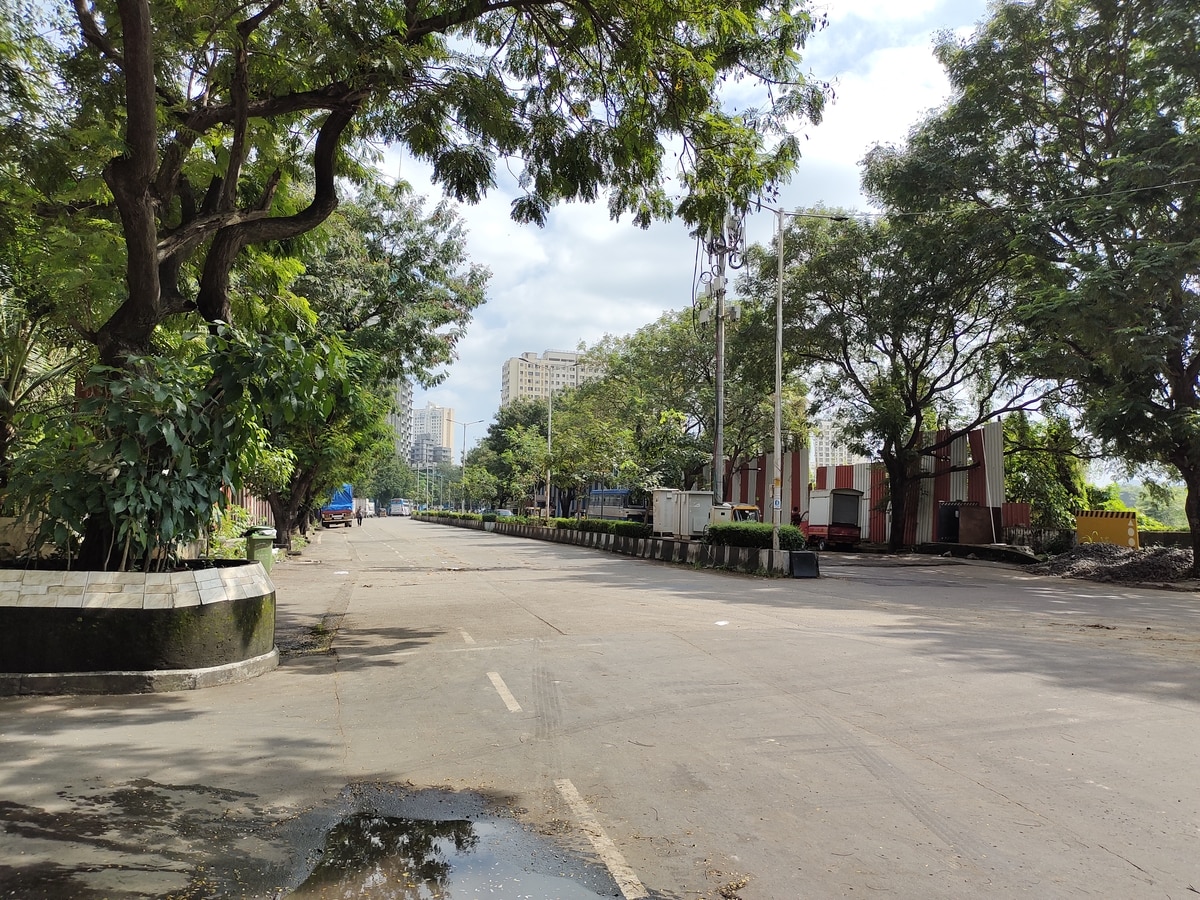 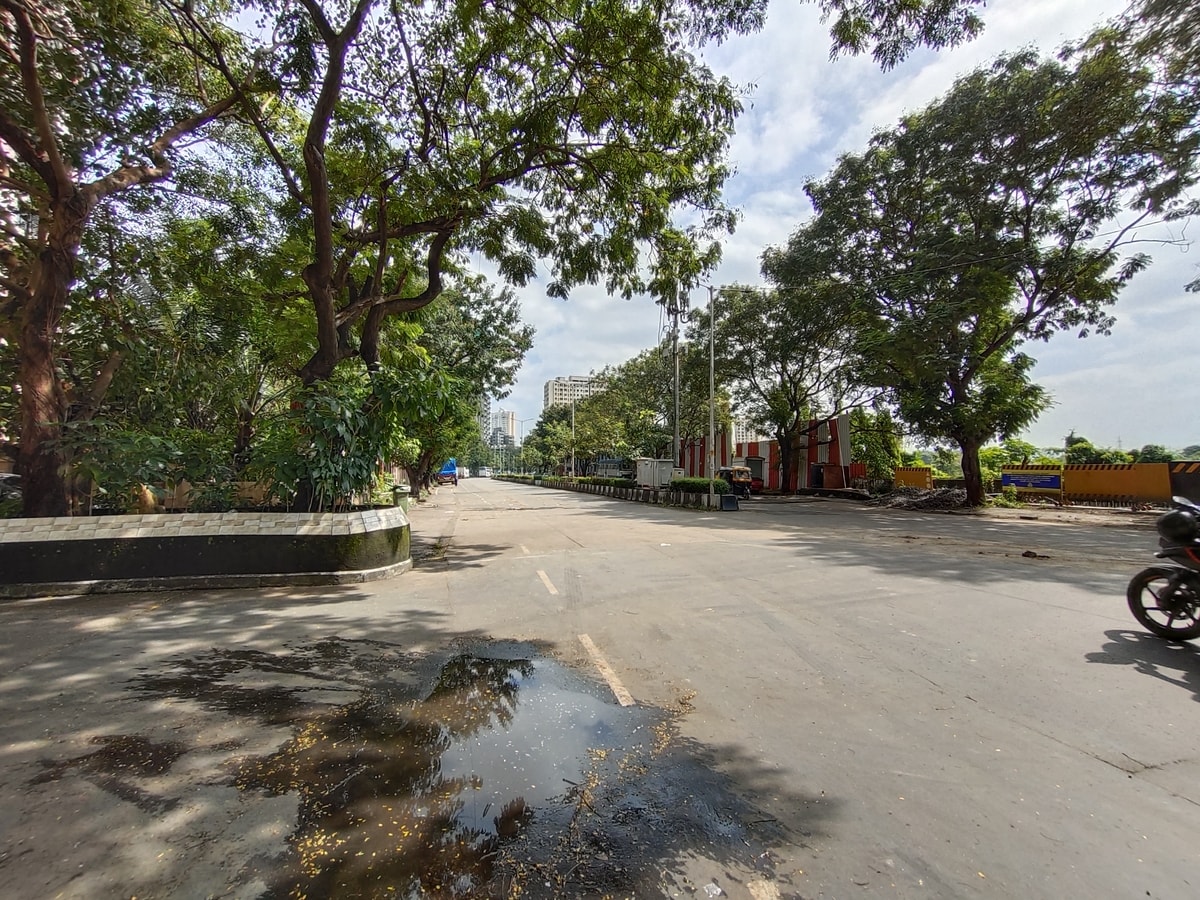 Low-light camera performance was good. Photos had little noise and details in brighter areas were decent. Enabling Night mode improved the level of detail but resulting shots weren’t necessarily brighter. It takes 4-5 seconds to take a shot in Night mode, so you will have to keep the phone steady. The wide-angle camera captures darker night shots with lower levels of detail in comparison. 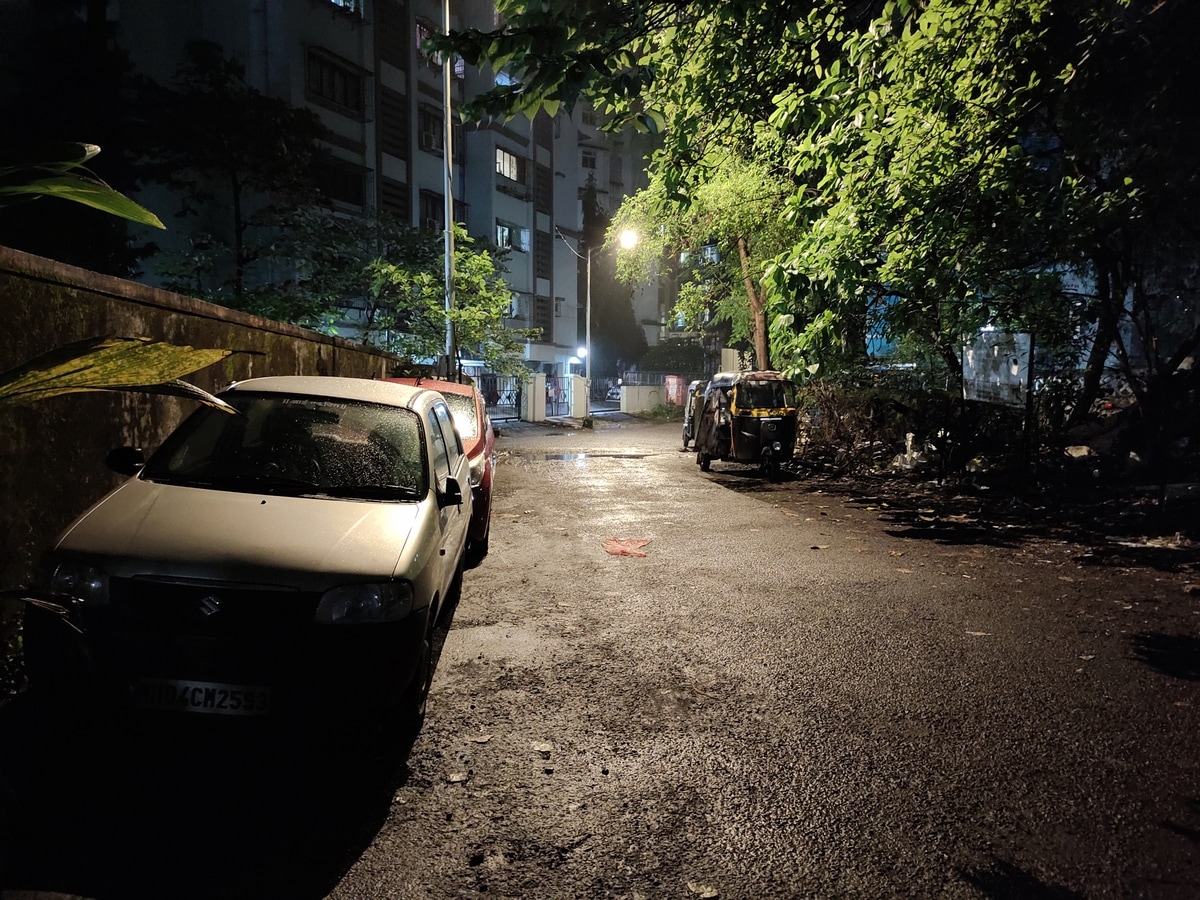 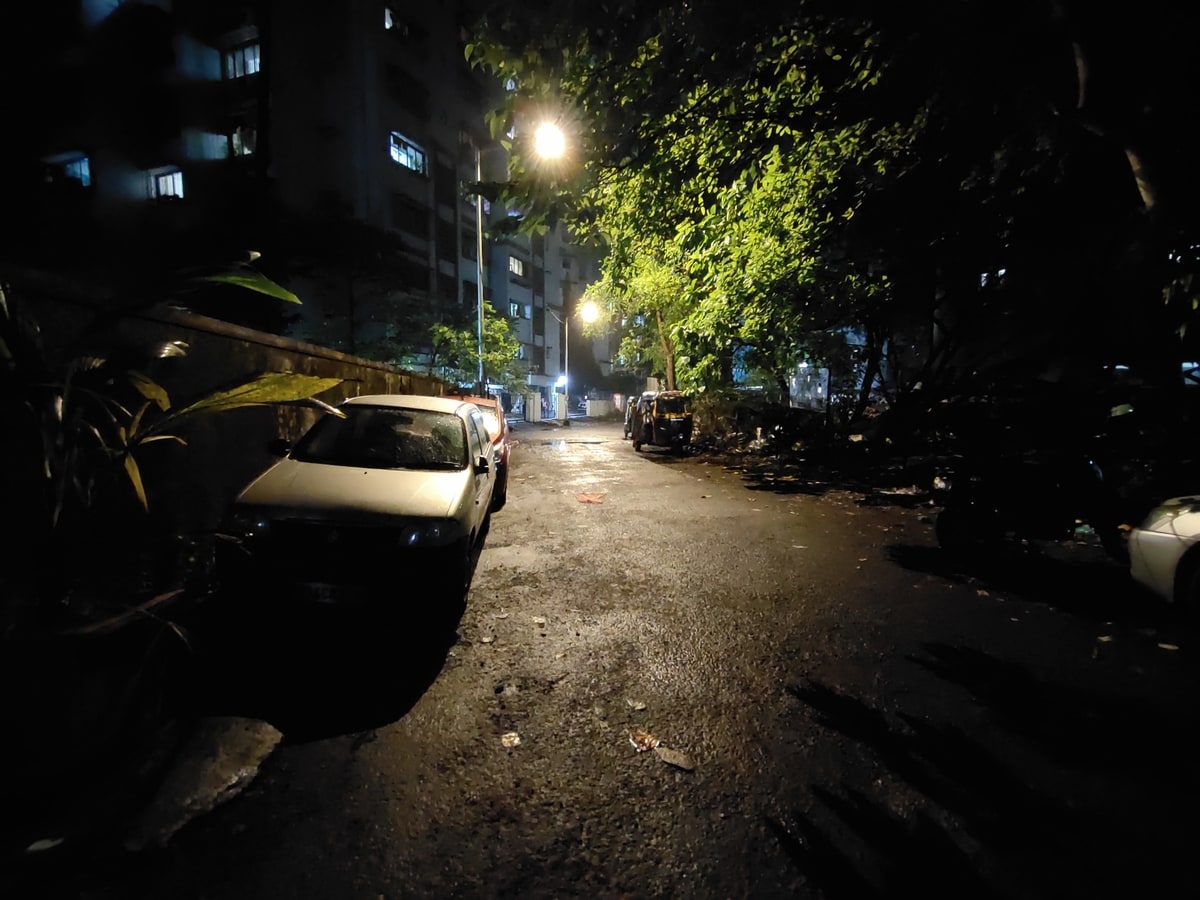 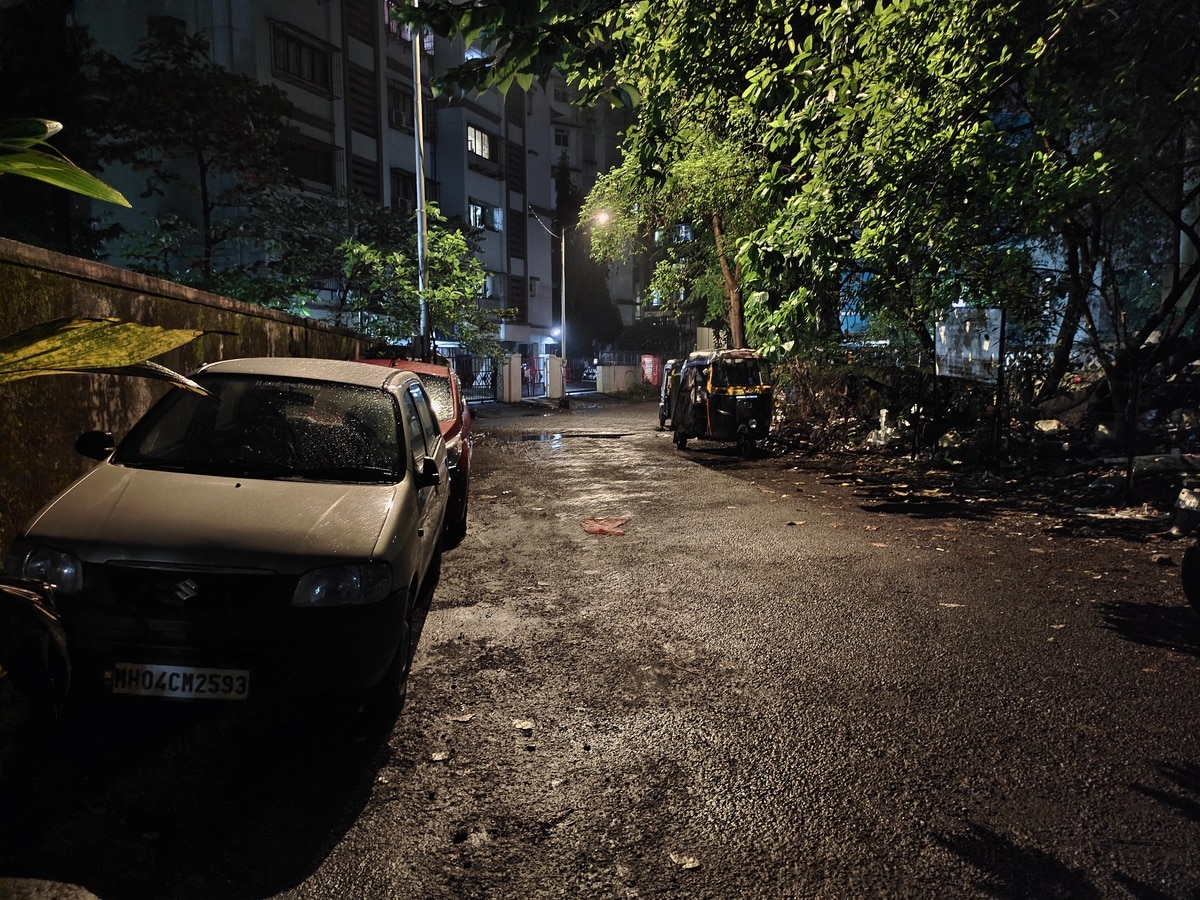 Close-up shots were crisp with good details and a soft depth effect for the background. The Vivo V20 uses its super-wide angle camera for macros and you can get quite close to any subject. Macro shots came out with good detail, and since you end up with a higher resolution image compared to what most dedicated macro cameras produce, you do have the option of magnifying shots even further. Portraits had good edge detection and you do get the option to set the intensity of the blur effect. Beautification is enabled by default which smoothens skin textures. 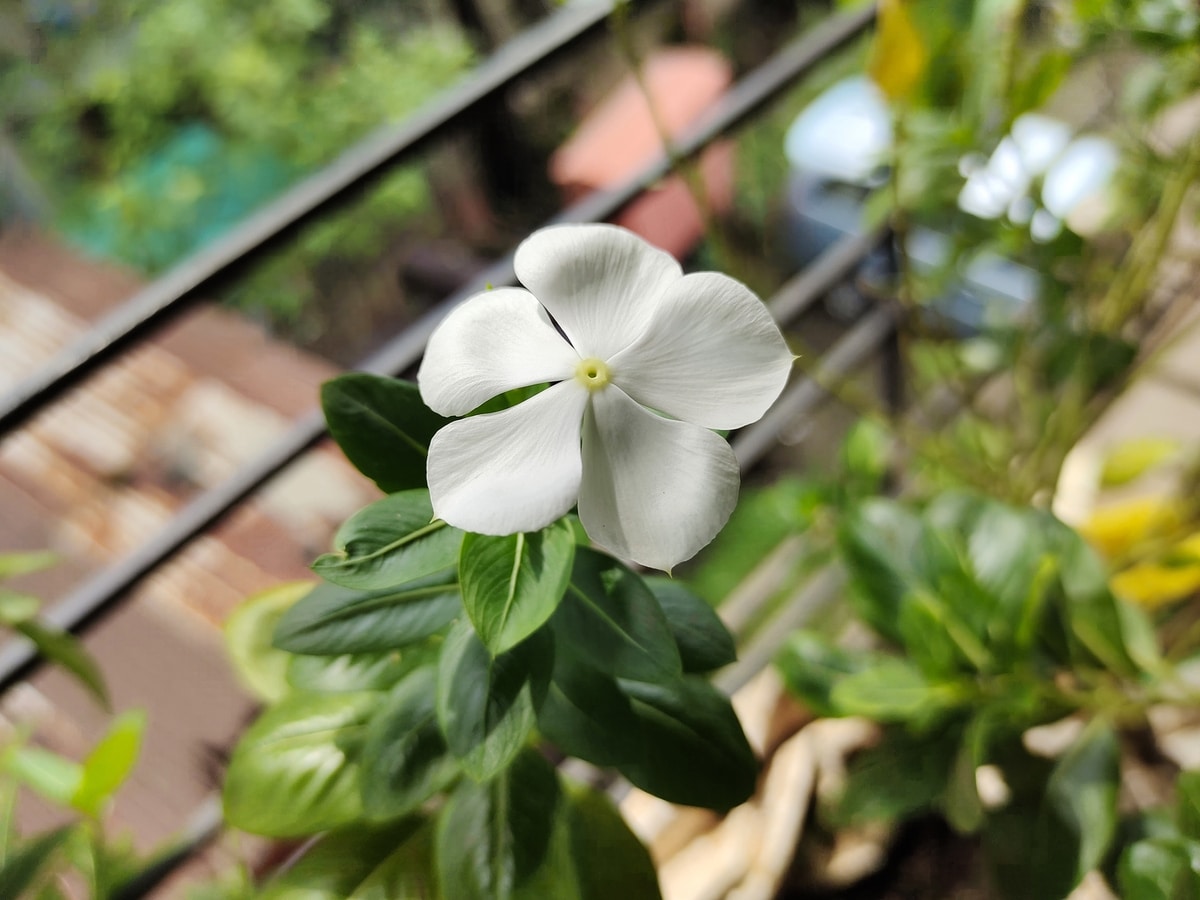 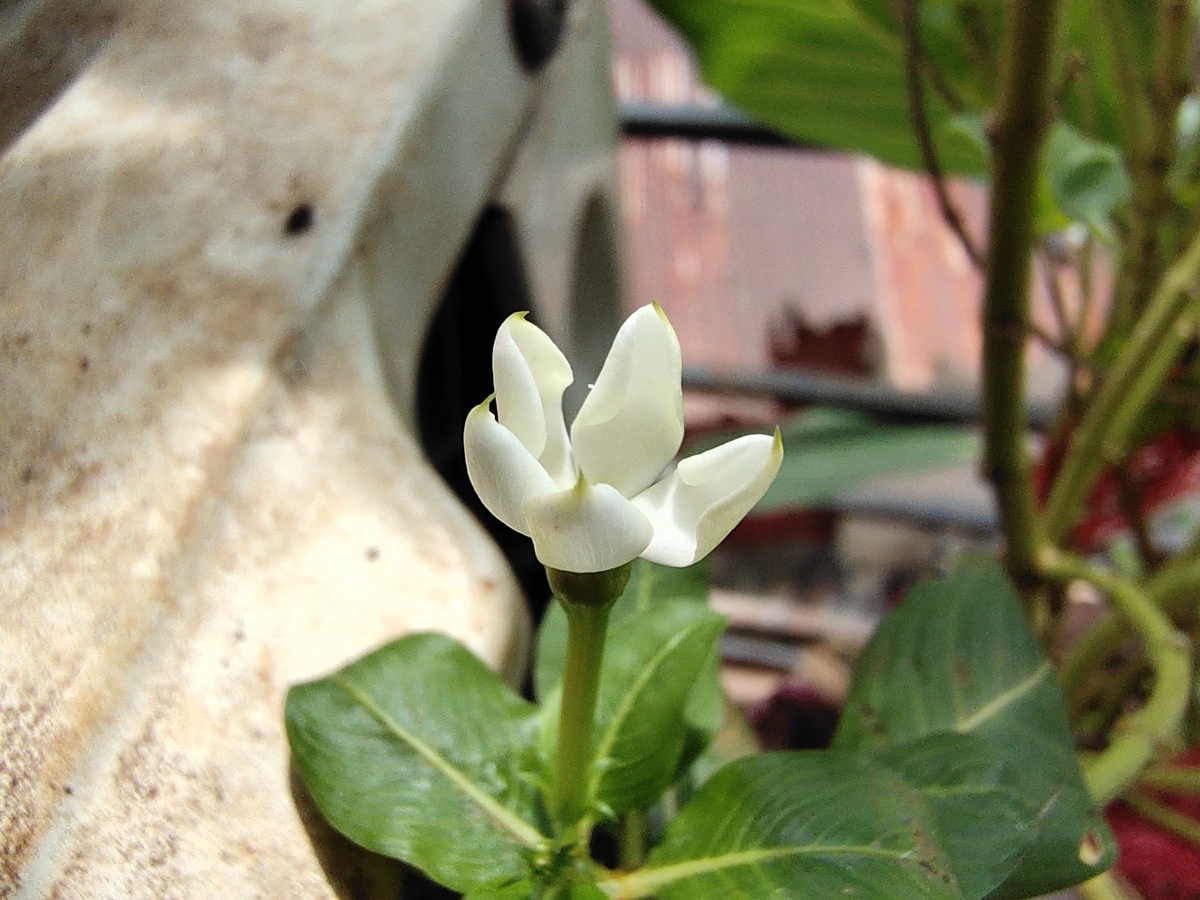 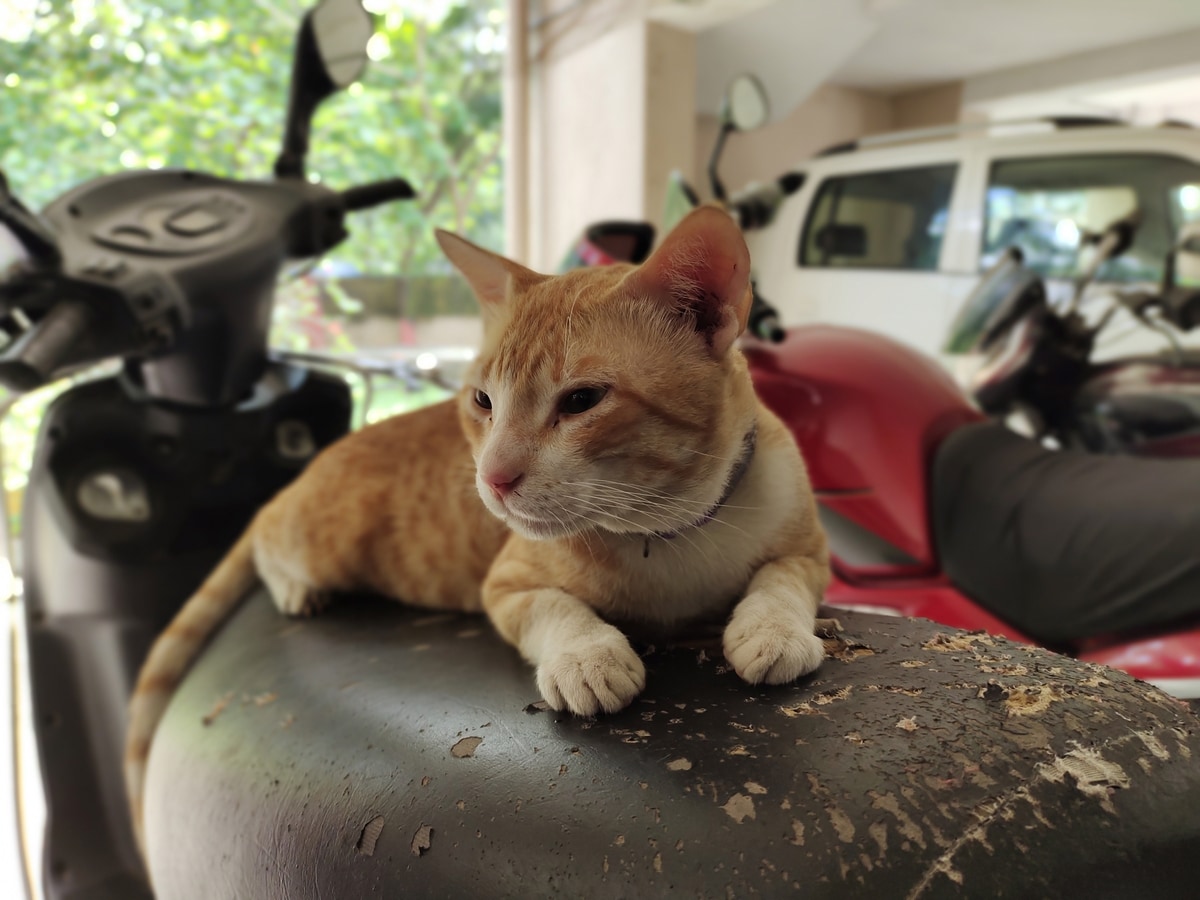 The Vivo V20 has an Eye Autofocus feature that ensures that your eyes are in sharp focus in selfies. Surprisingly, this feature was disabled by default. Daylight selfies were sharp with accurate colours and good details. The camera puts emphasis on the subject which can cause the background to be overexposed. Portrait selfies are possible and you can set the level of blur before taking a shot. The AI detects faces even with a mask on. Low-light selfies with a light source nearby had good detail. 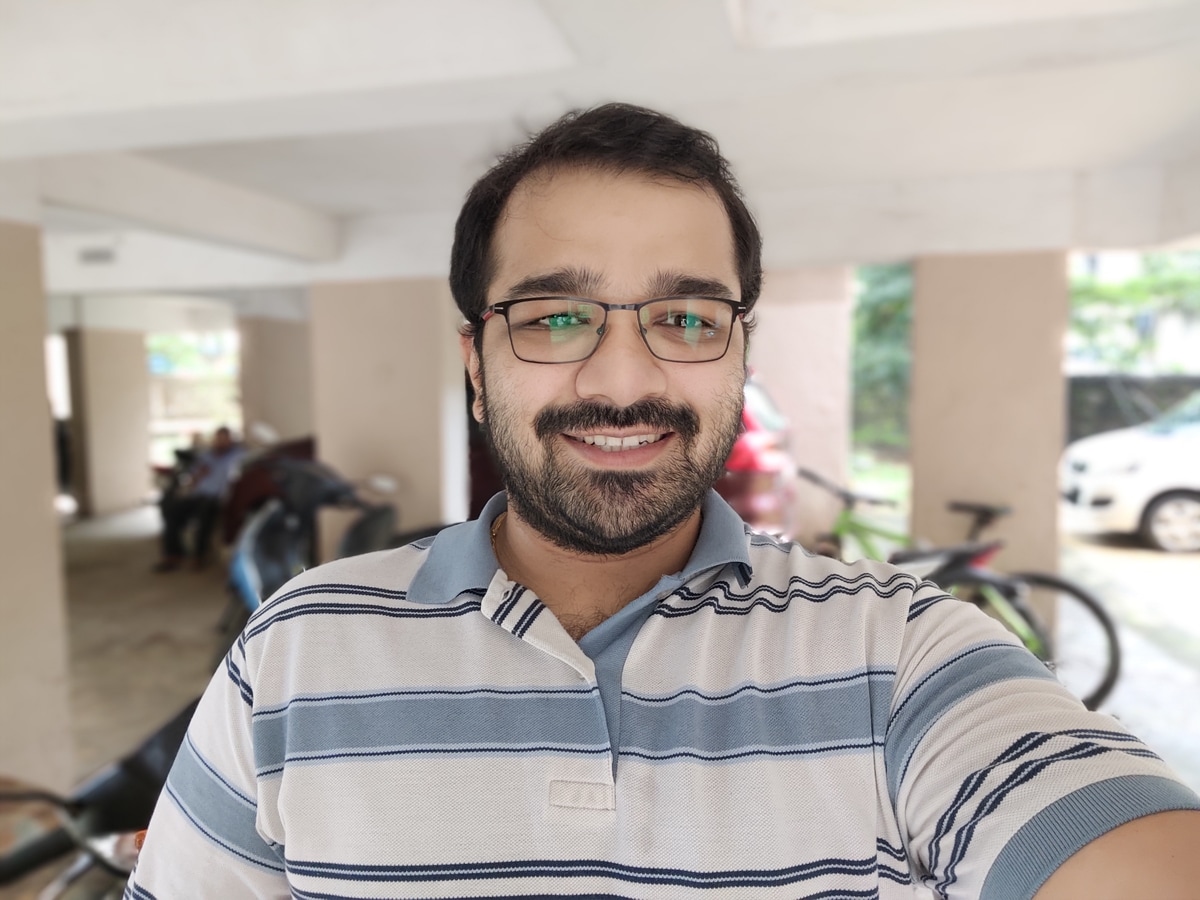 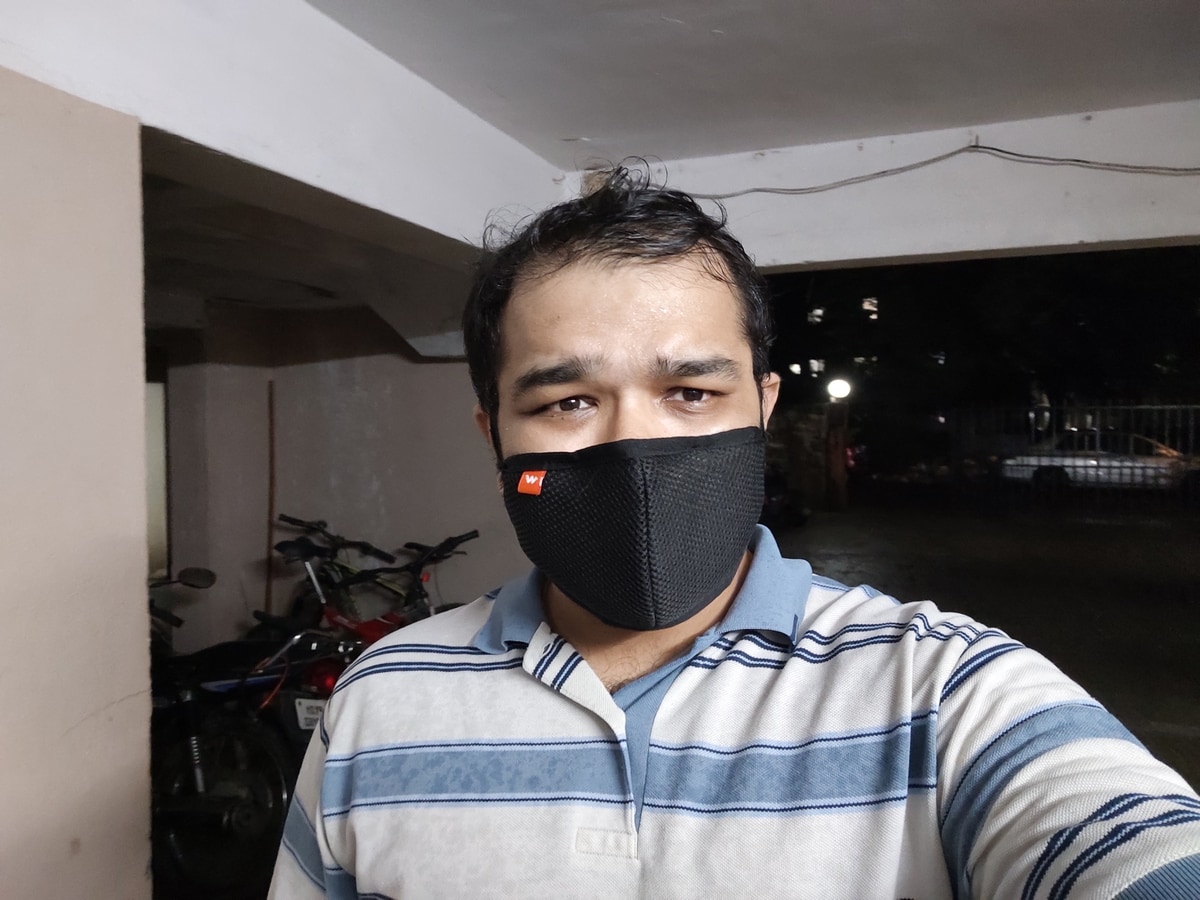 Video recording tops out at 4K for the primary as well as the selfie shooter. Footage shot in 4K as well as 1080p is stabilised. There was an occasional shimmer in footage recorded in the daytime when moving around. The V20 has a Super Anti-Shake feature that helps stabilise video by cropping into the primary sensor, but the output is limited to 1080p. Video shot in low light had a shimmer effect at both resolutions.

Vivo has gone with a new naming strategy with this phone, instead of its usual sequence of odd numbers. This shows the different approach it has taken with the V20. It is not directly comparable to its predecessors, instead focusing more on design. If you value looks over other aspects in a smartphone, the Vivo V20 will appeal to you. It is well designed and feels premium to the touch.

However Vivo’s strategy has limited the battery capacity on the device. While it manages decent battery life, alternatives such as the Galaxy M51 (Review) offer significantly better performance in this regard. General performance is decent for the price, but other options including the OnePlus Nord (Review) feature more powerful hardware along with 5G connectivity for around the same amount of money.

Oh Great, Apple's Raised the Repair Costs for the iPhone 12